Picture perfect: The jodi arias story: a beautiful photographer, her mormon lover, and a brutal murder

Description
"A DEVOTED BACHELOR Travis Alexander was a handsome, hard-working, practicing Mormon who lived in Mesa, Arizona. His good looks and easygoing manner made him popular with everyone, especially the ladies. So when he was found with a bullet wound in the face and his throat slashed, the brutal murder sent shock waves throughout his community. Who could have done something so sinister? A DEADLY OBSESSIONBut soon a suspect was singled out--Jodi Arias. A beautiful, aspiring photographer, Jodi had been in a long-distance relationship with Travis the year before. But Travis wasn't interested in a serious commitment; he was seeing several women during that time. When he broke up with her, that didn't stop Jodi from leaving California, moving to just a few miles away from Travis's home, and inserting herself into his daily life. Investigators found one piece of startling evidence in Travis's home that implicated Jodi. But in a bizarre turn of events, Jodi would claim self-defense. Was she a victim--or a devious femme fatale? With 8 pages of chilling photos "--
"In June 2008, in Mesa, Arizona, the body of 30-year-old Travis Alexander was discovered brutally murdered in his home. He had been shot in the face, slashed across the throat, and stabbed in the heart. Alexander had been a devout Mormon, handsome and hard-working, beloved by all, and his death came as an enormous shock. Suspicion pointed to one woman : Jodi Arias. Travis had met Jodi at a conference 18 months prior, and he was instantly taken with the beautiful aspiring photographer. Separated by 400 miles, they began a long distance relationship. It became clear to Travis's friends, however, that Jodi was a lot more invested in the relationship than he was. Travis was seeing multiple women, and his relationship with Jodi eventually came to end. But rather than move on, Jodi moved from her home in Palm Desert, California to within just miles of Travis's home, where she continued to insert herself into his life"--
Also in This Series 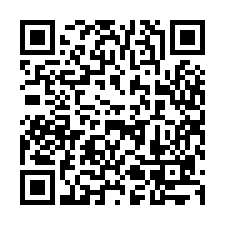