Description
An authoritative account by the historian and Korean War vet offers "a comprehensive picture of the war . . . and riveting tales of heroics . . . Gripping" ( The Washington Post Book World ). Winner of the Westminster Medal for Military Literature On June 25, 1950, the North Korean People's Army shocked American troops by crossing the 38th parallel into South Korea. After five years of relative quiet following the close of World War II, the US Army was unprepared to face a battle-ready enemy. After an initial defeat, General MacArthur turned the tides along with significant contributions from UN allies. Joining the Americans were troops from Britain, Australia, Canada, New Zealand, South Africa, Turkey, and elsewhere, working together despite problems of culture and logistics. In The Korean War , Michael Hickey frames the conflict in the larger context of international power politics. A veteran of the war himself, he recounts such masterstrokes as MacArthur's landing behind the enemy lines at Inchon, the drama of the glorious Glosters episode, and both collaboration and mutiny in the prisoner-of-war camps of either side. Drawing on many previously unexamined sources from several countries, including recently declassified documents, regimental archives, diaries, and interviews, Hickey adds extensively to our knowledge of one of the most significant conflicts of modern times. "[A] fine, opinionated contribution to Korean War literature . . . Not to be missed." — Publishers Weekly
Also in This Series 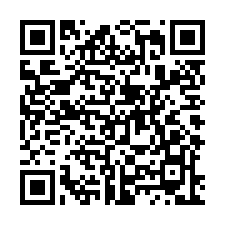