Please pardon us while we make updates to the catalog. There may be some interruptions in service.

Nothing but gossip: a Lilly Bennett mystery

Description
In Marne Davis Kellogg's fourth wildly entertaining mystery featuring Lilly Bennett, the intrepid marshal of Bennett's Fort, Wyoming, and president of Bennett Security, finally makes it to the altar--but not before stopping a one-man crime wave, being abducted in the trunk of a Cadillac, and confronting a murderer over a rose-strewn casket. Lilly's long-suffering mother can finally breathe a sigh of relief--and reap the rewards of her finely honed party-planning skills--by throwing the wedding of the century! Lilly's marriage to her dashing suitor, Richard Jerome, is just a week away.  But where Lilly Bennett is concerned, that week might as well be a lifetime. And sure enough, it's at a pre-wedding party that the first shooting occurs.  The victim is the hostess herself, Alma Rutherford Gilhooly--larger, louder, and brassier than life, but also richer than Croesus--who is found in her dressing room with a bullet in her head just moments after Lilly has left. Suspects abound--from Alma's philandering husband to charismatic televangelist Johnny Bourbon, to hunky white hunter Kennedy McGee, to Alma's own half sister, Mercedes, now president and CEO of Rutherford Oil and Alma's chief rival in a bitter proxy fight.  To muddy the waters--and give Lilly a bunch of prenuptial headaches that have nothing to do with getting cold feet--each one of these suspicious characters seems to be sleeping in the wrong bed. So what's the motive--business or pleasure? It takes three more attempted murders and all of Lilly's investigative powers for the villain to be caught, just in time for the wedding! As always, Marne Davis Kellogg's character portraits are devastatingly on-target, her mystery scrupulously plotted, and her sense of place immaculately portrayed.
Also in This Series 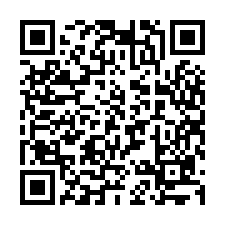