Description
"The site of the old campus bungalow where two girls were brutally slain is now a flower patch covered with chrysanthemums. It's been fifty years since the Immaculate Conception Murders. Three more students and a teacher were killed in a sickening spree that many have forgotten. But there is one person who knows every twisted detail... Hannah O'Rourke and her volatile half-sister, Eden, have little in common except a parent. Yet they've ended up at the same small college outside Chicago, sharing a bungalow with another girl. Hannah isn't thrilled--nor can she shake the feeling that she's being watched. And her journalism professor, Ellie Goodwin, keeps delving into Hannah and Eden's newsworthy past... When Hannah and Eden's arrival coincides with a spate of mysterious deaths, Ellie knows it's more than a fluke. A copycat is recreating those long-ago murders. Neither the police nor the school will accept the horrific truth. And the more Ellie discovers, the more she's convinced that she won't live to be believed.
Also in This Series 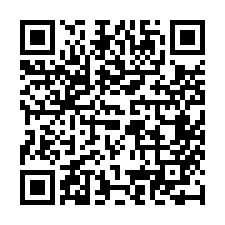