Gold of our fathers »

Description
"Darko Dawson has just been promoted to Chief Inspector in the Ghana Police Service--the promotion even comes with a (rather modest) salary bump. But he doesn't have long to celebrate, because his new boss is transferring him from Accra, Ghana's capital, out to remote Obuasi, in the Ashanti region, an area now notorious for the illegal exploitation of its gold mines. The assignment will last at least a year, meaning Dawson has the unpleasant choice of uprooting his entire family or making do without them. Worst of all, when Dawson arrives at the Obusai headquarters, he finds it in complete disarray. The office is a mess of uncatalogued evidence and cold case files, morale is low, and discipline among officers is lax. Dawson is beginning to see how much work is cut out for him when he sets out to investigate his first homicide case, on only his second day on the job. A body has been unearthed in one of the gold quarries--the man who owned the mine, a Chinese immigrant named Bao Liu, one of many who have flocked to the Ashanti region to work the alluvial gold mines. The list of potential suspects is a long one, and Dawson must pursue it alone, because he can't trust his sergeant partner. He learns very quickly how dangerous it is to pursue justice in this kingdom of illegal gold mines, where the worst offenders have so much money they have no fear of the law"--
Also in This Series 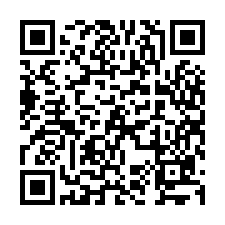