Description
"After two acclaimed historical novels, one of Canada's most celebrated young writers now goes contemporary with the vibrant story of a man taking stock of the shape his life has taken, and why, and what--as a husband, a father, a brother, and an uncle--his responsibilities truly are. Charlie Bellerose leads a semi-nomadic existence, traveling widely to manage the language academies he has established in different countries. After separating, somewhat amicably, from his wife, he moves from Madrid back to his native Canada to set up a new school, and for the first time in his life he forges a meaningful relationship with his brother, who's going through a vicious divorce. Charlie manages to make a fresh start in Toronto but longs for his twelve-year-old daughter, whom he sees only via Skype and the occasional overseas visit. After a chance encounter with a college girlfriend, he works through a series of memories--including a particularly painful one they share--as he reflects on how he ended up where he is. But two tragic events (one long past, the other very much in the present) finally force him to reevaluate his priorities and his relationships with everyone around him. "--
Also in This Series 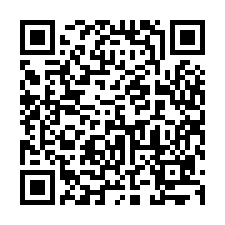