Son of a preacher man »

Son of a preacher man: my search for grace in the shadows

In Son of a Preacher Man Jay Bakker, son of famous televangelists Jim and Tammy Faye Bakker, tells the compelling story of growing up in the glaring lights of a television studio. It's all here: the Bakker family's public disgrace, the fall of the PTL (Praise The Lord) media empire, and Bakker's subsequent plunge into a morass of anxiety and selfdestruction. But Son of a Preacher Man is more than a tell-all -- it is a story that dramatizes the human toll of this tragedy on the Bakker family, with insight into the seismic shifts that nearly destroyed his father and wrecked his parents' longtime marriage. It is the story of a prodigal son's return to the true meaning of God's love and acceptance. It is the story of a boy who was lost, but on the journey back from ruin finds a better way to understand and live life. It is the story of discovering God's grace and of becoming a man.

Despite years of disillusionment, alcoholism, and heartbreak, Bakker managed to continue on his spiritual quest. First he worked to redeem his father...then his faith. Bakker began his service with Revolution, a ministry for skateboarders, punk rockers, and hippiesthe street kids he knew best. He shared the message that saved his life -- the message of Jesus that God's love is infinitely generous. Now Bakker has a large and growing ministry among the tattooed and pierced of downtown Atlanta who feel rejected by the traditional Church yet flock to hear his message of grace and love.

Ultimately, Son of a Preacher Man is a story about resurrection -- of one lost young man, of his disgraced and imprisoned father, and of the hope that can't be destroyed by the machinations of power-hungry preachers, The long, lonely road that Bakker traveled taught him that you can't earn or make yourself worthy of the love of God, but if you are willing to let go and open up, that infinite love is waiting to welcome you home with open arms. 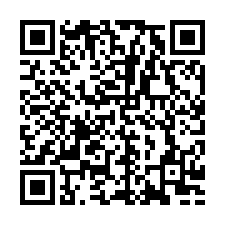