Description
On a scorching August day in 1963, seven-year-old Annie Banks meets the girl who will become her best friend. Skinny, outspoken Starr Dukes and her wandering preacher father may not be accepted by polite society in Jackson, Mississippi, but Annie and Starr are too busy sharing secrets and playing elaborate games of Queen for a Day to care. Then, as suddenly as she appeared in Annie's life, Starr disappears. Annie grows up to follow the path ordained for pretty, well-to-do Jackson women--marrying an ambitious lawyer, filling her days with shopping and charity work. She barely recognizes Starr when they meet twenty-seven years after that first fateful summer, but the bond formed so long ago quickly reemerges. Starr, pregnant by a powerful married man who wants her to get out of town, has nowhere to turn. And Annie, determined not to fail her friend this time, agrees to drive Starr to New Orleans to get money she's owed. During the eventful road trip that follows, Annie will confront the gap between friendship and responsibility; between her safe, ordered existence and the dreams she's grown accustomed to denying.
Also in This Series 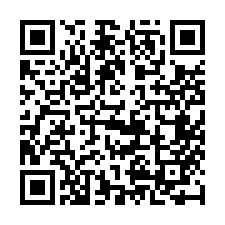