Description
"In the warped world of prescription drug pricing, generic drugs can cost more than branded ones, old drugs can be relaunched at astronomical prices, and low-cost options are shut out of the market. In Drugs, Money and Secret Handshakes, Robin Feldman shines a light into the dark corners of the pharmaceutical industry to expose a web of shadowy deals in which higher-priced drugs receive favorable treatment and patients are channeled toward the most expensive medicines. At the center of this web are the highly secretive middle players who establish coverage levels for patients and negotiate with drug companies. By offering lucrative payments to these middle players (as well as to doctors and hospitals), drug companies ensure that inexpensive drugs never gain traction. This system of perverse incentives has delivered the kind of exorbitant drug prices - and profits - that everyone loves except for those who pay the bills"--
"Everyone has a limit. Every budget has an end point. Although sellers would love to raise prices continually, it does not take fancy economics to know that at some point, the money runs out. Why isn't that basic principle working as expected in the pharmaceutical industry? Instead, drug prices are rising continually and reaching astronomical levels, with no end in sight. In May of 2018, analysts reported that a company is contemplating a $1.5 million price tag for its new hemophilia cure. (The current hemophilia therapies already cost an astounding $580,000 to $800,000 per year. ) Along the same lines, Spark therapeutics' cure for a rare form of blindness will cost $850,000, rivaling Novartis' planned $475,000 price tag for its Car-T drug Kymriah. Even outside the eye-popping headlines, prescription drug prices across the board have risen to an alarming and puzzling level. A government inspector general's report found that the high cost of brand medications for common conditions (diabetes, high cholesterol, and asthma) were the true problem for patients on Medicare. In fact, pharmaceutical companies have raised the prices most sharply for commonly used medications such as these. Similarly, an analyst report concluded that in 2016, the average price for a set of specialty drugs known as "orphan drugs" was $140,000 a year and the average price of ordinary drugs was almost $28,000 a year. The list price of drugs tells only part of the story, given the many rebate and discount processes that exist within the industry. Nevertheless, real spending for drugs is rising as well"--
Also in This Series 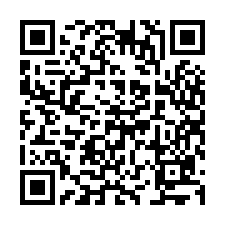