The beautiful daughters: a novel

Description
" From the author of Sleeping in Eden, comes a gripping new novel about two former best friends and the secrets they can't escape. Adrienne Vogt and Harper Penny were closer than sisters, until the day a tragedy blew their seemingly idyllic world apart. Afraid that they got away with murder and unable to accept who they had lost--and what they had done--Harper and Adri exiled themselves from small-town Blackhawk, Iowa, and from each other. Adri ran thousands of miles away to Africa while Harper ventured down a more destructive path closer to home. Now, five years later, both are convinced that nothing could ever coax them out of the worlds in which they've been living. But unexpected news from home soon pulls Adri and Harper back together, and the two cannot avoid facing their memories and guilt head-on. As they are pulled back into the tangle of their fractured relationships and the mystery of Piperhall, the sprawling estate where their lives first began to unravel, secrets and lies behind the tragic accident are laid bare. The former best friends are forced to come to terms with their shared past and search for the beauty in each other while mending the brokenness in themselves."--
Also in This Series 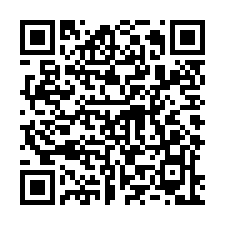