No place of safety »

No place of safety

Description
Fifteen-year-old Katy Bourne and sixteen-year-old Alan Coughlan are missing. Though they are students at the same school, they hardly know each other, so it's strange that they should disappear together. Katy's mother, self-centered and unloving, doesn't mind if her daughter never comes home. Alan's solid working-class parents are pained and puzzled by their son's departure.

There's not much the police can do about runaway teenagers, but Detective Constable Charlie Peace goes through the motions. He interviews the families, he visits the school. Alan had friends and had aspired to a good education. Katy had nothing, least of all self-esteem.

The two teens could be anywhere, even living dangerously on the streets of Leeds, so it's with relief that Charlie discovers them in a hostel for homeless young people. But are they safe? And who is Ben Marchant, the man who runs the shelter?

Whoever he is, he seems to be doing well. Young people beg or work as street musicians during the day, then eat and sleep at the hostel at night. They can remain there two weeks and then must leave for two weeks before beginning the cycle again. Only 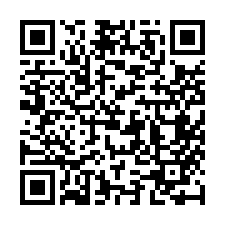