Description
This the 100th anniversary of one of worst man-made disasters of the 20th century. When the Iroquois Theatre opened in Chicago on November 23, 1903, it was considered one of the grandest structures of its day, a monument to modern design and technology, as well as "absolutely fireproof." This theatre would rival any in New York or Paris. Instead, it became the funeral pyre for hundreds of victims. Tony Hatch, former CBS reporter and Emmy Award winner, tells the grisly story in meticulous, riveting detail, based on more than forty years of research, including many exclusive interviews with eyewitnesses. In Tinder Box, he tells the Iroquois' story as it has never been told before. In a rush to open the theatre on time, corners were cut, and the Iroquois lacked the most basic fire-fighting equipment: sprinklers, fire alarm boxes, backstage telephone, exit signs, and functioning asbestos curtain. Some exists, for aesthetic reasons, were hidden behind heavy draperies, doors opened inward and exterior fire escapes were unfinished. However, Chicago officials, the theatre owners and managers, the contractor, and stagehands all looked the other way. Then, on December 30, 1903, disaster struck. The theatre was packed, overcrowded with a standing-room-only audience, mostly women and children who had come to see the popular comedian Eddie Foy perform in the musical fantasy Mr. Bluebeard. A short circuit in a single backstage spotlight touched off a small fire that, in minutes, erupted into an uncontrollable blaze. More than 600 people died. Because of the magnitude of the catastrophe and the obvious corruption that allowed it to happen, building and fire laws were changed to prevent it ever happening again. Tinder Box is a riveting history of a traumatic and costly calamity.
Also in This Series 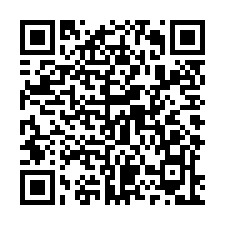