The triumph of faith »

The triumph of faith: Why the world is more religious than ever

Description
The Triumph of Faith explodes the myth that people around the world are abandoning religion. Stark marshals an incredible amount of data—surveys of more than a million people in 163 nations—to paint the full picture that both scholars and popular commentators have missed. He explains why the astonishing growth of religion is happening, and what it means for our future. Stark's lively, eye-opening book is full of insights that defy the conventional wisdom. He reveals: Why Islam is not overtaking Christianity 81 percent of people around the world claim to belong to an organized religious faith Half of the people around the world attended a worship service in the past week Despite all the attention paid to the "New Atheists," atheists remain few, anywhere Latin America has never been so Catholic—and that's because there are now so many Protestants there Of all the great world religions, only Buddhism may not be growing As Stark shows, secularists have been predicting the imminent demise of religion for centuries. It is their unshakeable faith in secularization that may be the most "irrational" of all.
Also in This Series 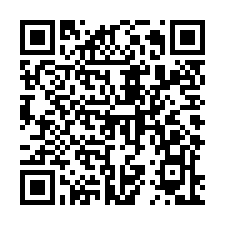