Description
“An outstandingly intelligent and significant novel” about greed and environmental devastation from the author of the Booker Prize-nominated Night Over Day Over Night    * Booklist   Logger Noah Mackenzie has a bitter history with the Algonquin wilderness, and now he’s determined to clear-cut the part he considers his own. The only person in the remote Maine town of Abenaki Junction putting up any fight for the forest is Madeleine Cody, publisher of a small newspaper, the Forest Sentinel .   Using the paper to draw attention to the plight of the Algonquin forest, Madeleine has endeavored to put an end to excessive deforestation, through nonviolent means. But when Adam Gabriel—an ex-fighter pilot, Abenaki Junction born-and-raised—returns to the town from spiking trees out West, the protest takes a dangerous new direction.   Praise for Archangel   “Paul Watkins is without question one of the most gifted writers of his generation.” —Tobias Wolff   “Crisp, satisfying . . . . The forest over which the characters are struggling takes on a memorable vibrancy and life.” — Elle   “Rich characterizations and a seamless narrative bring to roaring life this tale of environmental conflict. . . . Watkins evokes the grandeur of the woods as well as the wild unpredictability of both natural and social violence.” — Publishers Weekly (starred review)   “A wonderful literary adventure novel, squarely in the tradition of Deliverance and Legends of the Fall .” —Howard Frank Mosher
Also in This Series 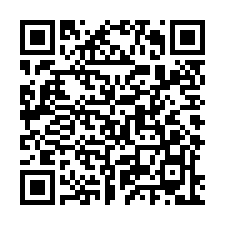