Sherlock Holmes and the... »

Sherlock Holmes and the secret alliance

Description
"In Sherlock Holmes and the Secret Alliance, Holmes's American consort, Irish saloonkeeper Shadwell Rafferty, is taking his first crack at a case that looks like it may send a whole city government tumbling. Rafferty, large-hearted and massively built, has a talent for logic, dissimulation, bribery, and action that is surpassed only by his love of "the detectin' game." On the eve of President William McKinley's visit in 1899 to Minneapolis, a gruesome crime draws Rafferty from St. Paul to the booming city across the river." "A young union activist has been found, strung naked from a tree outside a ruined mansion. A placard around his neck bears the ominous words The Secret Alliance Has Spoken. Rafferty plunges into the case with his usual gusto, but finds more questions than answers. Was the murder the work of the union-busting Citizens Alliance or wild-eyed anarchists? Was the victim linked to an empire of corruption controlled by the city's slippery mayor? And how did the young man come to possess a photograph of a prominent citizen engaged in sexual congress? As the puzzle deepens and the dangers mount, Rafferty is joined, just in time, by his old friends Sherlock Holmes and Dr. John Watson."--BOOK JACKET.Title Summary field provided by Blackwell North America, Inc. All Rights Reserved
Also in This Series 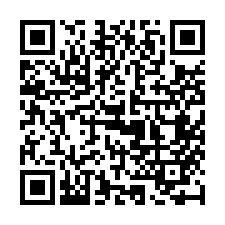