Description
"When her son is accused of a violent crime, church first lady Gloria Jones finds herself battling his prosecutor--as well as her own inner demons--to save him in this drama-filled novel from bestselling, award-winning author ReShonda Tate Billingsley. Gloria Jones is living a mother's worst fear. There's a massive manhunt for her son after a regular night out with friends escalated into the fatal shooting of a police officer. Her husband, esteemed minister Elton Jones, is humiliated by the news, complicating an already strained relationship with his son. And everyone in Jasper, Texas, a town already ripe with racial tension, is up in arms. But the killer they're searching for isn't the son Gloria knows, and now she must decide whether to turn him in or help him run. As the seventeen-year-old battles for his life, Gloria turns to the woman hell bent on bringing him to justice--prosecutor Kay Christiansen. Kay has built a solid record putting criminals behind bars and now, as she's about to ride the record to the city's top spot--Mayor of Houston--this new case could threaten everything she's worked for. But a mother's love knows no boundaries, and Gloria will have to face an ugly past and tackle painful secrets in an effort to save her son"--
Also in This Series 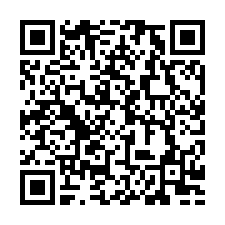