Witness for the defense »

Witness for the defense

Straightforward and short term: that's precisely the kind of case Kali O'Brien needs at the moment. Yet the Harper adoption makes her uneasy from the start. Maybe it's because psychologist Steven Cross -- a man whose path hasn't crossed hers since the tragedy that shattered his life and their forbidden relationship -- unexpectedly referred the couple to her. Or could it be that Ted and Terri Harper's previous brush with parenthood ended in heartache when the birth mother changed her mind?

This time around, the former star quarterback and his gorgeous blonde wife aren't taking any chances. They've even moved pregnant Melissa Burke into their lavish Pacific Heights home. As Kali watches her determined clients shower the lonesome teenager with love and attention, she can't help wondering just how desperate theyare to claim the unborn child. When Melissa delivers a healthy baby girl and promptly signs the final adoption papers, Kali breathes a sigh of relief.

Then Bran Weaver, a controversial, chauvinistic radio talk show host, announces he's the baby's father -- a claim Melissa can't dispute. With a sinking heart, Kali prepares to defend the Harpers in a bitter custody battle that's certain to end in the birth father's favor ...until the case takes a shocking turn when somebody murders Weaver. 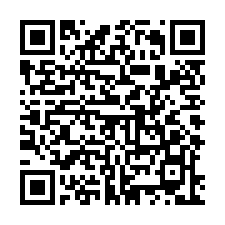