Description
For fans of James Rollins and Matthew Reilly comes a heart-stopping, globe-spanning adventure in Andy McDermott’s explosive series featuring American archaeologist Nina Wilde and ex-SAS bodyguard Eddie Chase. MYSTERIOUS RUNESTONES. AN ANCIENT VIKING MYTH. AND A PROPHECY OF LIFE OR DEATH.   In a Stockholm museum, thieves steal an enormous Norse runestone, but not before killing a security guard. When Nina Wilde, head of the International Heritage Agency (IHA), and her husband, ex-mercenary Eddie Chase, arrive to investigate, they are told a chilling story: A scholar has discovered that the stone may be one of two keys to finding the mythological site of Valhalla, where the Vikings predicted the world’s final battle would begin. The second stone lies at the bottom of a Norwegian lake. But when Nina and Eddie race to the scene, they’re hit with a shocking surprise.   Covert agents from around the world, including a ruthless mole in the IHA, are drawn into a lethal game, . Then a disturbing secret surfaces from Eddie’s past, involving a mission in Vietnam and a woman he tried to save. Suddenly suspicious of her own husband, Nina cannot afford to stop the perilous search for the artifact. For somewhere in a remote wilderness, two forces are about to converge: one that could save the world . . . and one that could destroy it.   Praise for the novels of Andy McDermott   “Raises the bar to please adventure junkies who prefer to mainline their action.” —Publishers Weekly (starred review) , on The Hunt for Atlantis   “A fun, action-filled James Bond/Indiana Jones-esque story.” —Geek Speak Magazine , on Return to Atlantis   “Adventure stories don’t get much more epic than this.” — Daily Mirror (U.K.)
Also in This Series 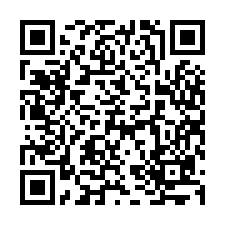