Description
False Accusations is a twisting psychological thriller, a tale of deadly revenge where the assurance of "innocent until proven guilty" is not what it seemsDr. Phillip Madison has everything: wealth, power, and an impeccable reputation. But in the pre-dawn hours of a quiet California suburb, the revered orthopedic surgeon is charged with double homicide&#8212;a cold-blooded hit-and-run that has left an innocent young couple dead. Blood evidence has brought the police to his door. An eyewitness has placed him at the crime scene . . . and Madison has no alibi. With his family torn apart, his career forever damaged, no way to prove his innocence, and facing life in prison, Madison hires an investigator to find the person who has engineered the case against him.As his privileged world is brought crashing down by a psychotic seductress, as family and friends abandon him, Madison's only hope for vindication rests in revealing a truth at the heart of a lie. It is a disclosure that could cost him more than he ever imagined.False Accusations is a psychological thriller that instantly became a national bestseller and launched Alan Jacobson's career, a novel that spurred CNN to call him "one of the brightest stars in the publishing industry."
Also in This Series 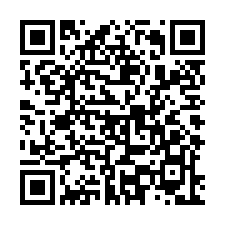