Description
The wizard saved his greatest spell for last. Tristen is the name of that Shaping, and Tristen knows nothing else for certain: Neither who he was, nor what he is, nor least of all why the wizard created him.

And now the wizard is dead. And young Cefwyn is King. Cefwyn has a dream: A united Ylesuin, and a peace his land has never known. It is a dream that persists in spite of a court bent on ruling the King... self-serving barons who abhor wizards and foreigners.

Hide your powers, the King asks Tristen. Cefwyn needs his only friend, this young man of mysterious origins who is more brother than vassal. He relies on Tristen, trusts him, protects him... and plans for a war that will bring his dreams to pass... or bring down ruin upon them all.

And so a sword gathers dust in a corner of Tristen's room. One side says Truth. The other side says Illusion. The servants refuse to touch it... and Tristen ignores it with all his might.

The eagerly awaited sequel to her acclaimed Fortress in the Eye of Time, C.J. Cherryh's newest high fantasy triumph continues the soaring tale of two friends, sovereign and sorcerer, in an age of wizardry. Fortress of Eagles is a legend in the making, an epic saga of destiny and ancient magic, an intimate tale of love and loyalty in a magical world spanning centuries. 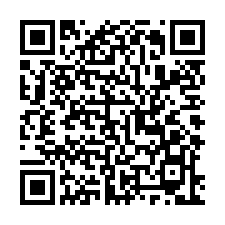