Description
Whitbread Award winner Claire Tomalin's seminal biography of the enigmatic novelist and poet Thomas Hardy. Today Thomas Hardy is best known for creating the great Wessex landscape as the backdrop to his rural stories, starting with Far from the Madding Crowd, and making them classics. But his true legacy is that of a progressive thinker. When he published Tess of the d'Urbervilles and Jude the Obscure late in his career, Hardy explored a very different world than that of his rural tales, one in which the plight of lower classes and women take center stage while the higher classes are damned. Ironically, though, Hardy remained cloaked in the arms of this very upper class during the publication of these books, acting at all times in complete convention with the rules of society. Was he using his books to express himself in a way he felt unable to do in the company he kept, or did he know sensationalism would sell? Award-winning author Claire Tomalin expertly reconstructs the life that led Hardy to maintain conventionality and write revolution. Born in Dorset in 1840, Hardy came of age in rather meager circumstances. At sixteen, he left home for London and slowly worked his way through many rejections to become a published writer. Despite his mother's admonitions to never marry, he wed Emma Lavinia Gifford in 1874 and, even though he fell easily in love, stayed true to her till her death in 1912. He frequently toured London society, but few felt they knew the true Hardy, and it is this very core of self that Tomalin elegantly brings us to know so completely. Hardy's work consistently challenged sexual and religious conventions in a way that few other books of his time did. Though his personal modesty and kindness allowed some to underestimate him or even to pity him, they did not prevent him from taking on the central themes of human experience-time, memory, loss, love, fear, grief, anger, uncertainty, death. And it was exactly his quiet life, full of the small, personal dramas of family quarrels, rivalries, and at times, despair, that infuses his works with the rich detail that sets them apart as masterpieces. In this engrossing biography, Tomalin skillfully identifies the inner demons and the outer mores that drove Hardy and presents a rich and complex portrait of one of the greatest figures in English literature.
Also in This Series 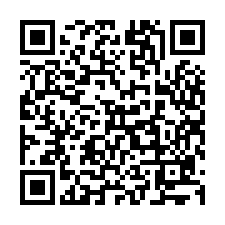