Description
A riveting tale about a back-room abortion that has devastating consequences for two teenage girls on a close knit Philadelphia block circa 1972 Block parties were king in this West Philadelphia neighborhood, especially the year Cecil Street decided to have two. These energetic, sensual street celebrations serve as backdrops to the story of best friends Neet and Shay and their families. When Neet becomes pregnant by one of the corner boys, Shay arranges an abortion that goes terribly awry when Neet begins to hemorrhage. Neet is left unable to bear children and to Shay's horror slips under the spell of her mother Alberta's severe, esoteric religious beliefs. Shay is left to struggle with the grief of losing a cherished friendship, while she also bears witness to the the disintegration of her parents' marriage. The story climaxes during the second block party, during which time it is discovered that Neet and Alberta have disappeared from Cecil Street—the holy-roller mother, Alberta, having finally been set free from the shackles of her church by none other than Shay's father.
Also in This Series 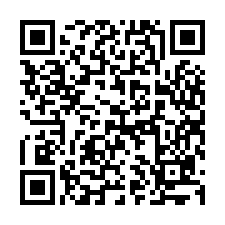