Description
The San Francisco Chronicle has praised Lucia St. Clair Robson for her re-creations of "colorful people, stunning landscapes, and arcane customs." And Cosmopolitan proclaimed that in a Robson novel "what is to us an unfamiliar world comes absolutely alive." Now the author of Ride the Wind and Walk in My Soul has crafted an enthralling tale of early Maryland. A truly American novel of dreams and courage, Mary's Land tells the story of two women who build a new life in a verdant country that is strange and threatening, yet gloriously sweet with promise. As the ship Charity sails from England across the Atlantic, two vastly different yet equally courageous women make the perilous journey. Strong-willed, upper class Margaret Brent has decided to make better use of her dowry than to hand it over to some doddering squire. She has invested in Lord Baltimore's Maryland plantation, because the new colony is her single chance for a home of her own, and the right to practice openly her Catholic religion. Anicah is a teenage guttersnipe who lives by her wits and quick tongue. kidnapped off the streets of Bristol, she is transported to the New World and indentured to Samuel Smythe, a local tavern keeper. Used to the world's indifference, she never envisioned a life of food, shelter, and only Goodwife Smythe's ill-temper with which to contend. And then there is Martin, who opens her heart to a woman's love. For Margaret and Anicah, the future is different from any they might have imagined. One will achieve the American dream, the other will keep moving in search of freedom. But both bring to glorious life the world of Mary's Land, a novel of such meticulous historical accuracy and detail that it could only have been written by the acclaimed Lucia St. Clair Robson. An Alternate Selection of the Literary Guild(c) and the Doubleday Book Club(c)
Also in This Series

Note! Citation formats are based on standards as of July 2010. Citations contain only title, author, edition, publisher, and year published. Citations should be used as a guideline and should be double checked for accuracy.
Staff View
Grouped Work ID:
dc3d0713-0741-c049-febb-c92e37b66487
Go To GroupedWork 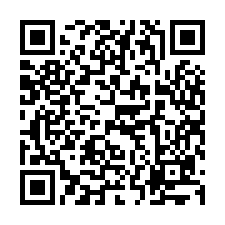