Description
THE HEIRS OF CAHIRA O’CONNOR SERIES - BOOK THREE It is said that as Cahira, daughter of the great Irish king Rory O’Connor, lay dying of a wound from a Norman blade, she lifted her hand toward heaven and beseeched God that others would follow…breaking forth from the courses to which they are bound to restore right in this murderous world… To Kathleen O’Connor, Cahira’s story was nothing more than a legend–until research divulged that the tale was true. Stunned, Kathleen realizes she herself bears Cahira’s mark. Is she destined to continue the legacy? To find the truth, Kathleen must delve into the past to find the truth about The Heirs of Cahira O'Connor… When Flanna O’Connor, a young medical student in Boston, is cut off from her family in Charleston at the start of the Civil War, she decides to disguise herself and move south with the Union Army. While in disguise, she must prove herself as a soldier and a doctor, both to her messmates and to Major Alden Haynes, brother to the man she has tentatively agreed to marry. But when Flanna and Alden are trapped between two armies, can Flanna trust God with her future…and with the love she has sought all her life?
Also in This Series

Note! Citation formats are based on standards as of July 2022. Citations contain only title, author, edition, publisher, and year published. Citations should be used as a guideline and should be double checked for accuracy.
Staff View
Grouped Work ID:
6e88e7d7-4ed8-02d5-caed-8d30bd84d55f
Go To GroupedWork 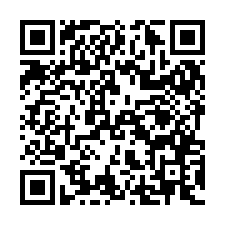