Ambulance girl: how I saved myself by becoming an EMT
(Book)

Description
The basis for the movie starring Kathy Bates, Ambulance Girl is an inspiring story by a woman who found, somewhat late in life, that "in helping others I learned to help myself." Jane Stern was a walking encyclopedia of panic attacks, depression, and hypochondria. Her marriage of more than thirty years was suffering, and she was virtually immobilized by fear and anxiety. As the daughter of parents who both died before she was thirty, Stern was terrified of illness and death, and despite the fact that her acclaimed career as a food and travel writer required her to spend a great deal of time on airplanes, she suffered from a persistent fear of flying and severe claustrophobia. Yet, this fifty-two-year-old writer decided to become an emergency medical technician. Stern tells her story with great humor and poignancy, creating a wonderful portrait of a middle-aged, Woody Allen–ish woman who was "deeply and neurotically terrified of sick and dead people," but who went out into the world to save other people's lives as a way of saving her own. Her story begins with the boot camp of EMT training: 140 hours at the hands of a dour ex-marine who took delight in presenting a veritable parade of amputations, hideous deformities, and gross disasters. Jane—overweight and badly out of shape—had to surmount physical challenges like carrying a 250-pound man seated in a chair down a dark flight of stairs. After class she did rounds in the emergency room of a local hospital. Each call Stern describes is a vignette of human nature, often with a life in the balance. From an AIDS hospice to town drunks, yuppie wife beaters to psychopaths, Jane comes to see the true nature and underlying mysteries of a town she had called home for twenty years. Throughout the book we follow her as she gets her sea legs, bonds with the firefighters who become her colleagues, and eventually, comes to be known as Ambulance Girl.
Also in This Series

Stern, J. (2003). Ambulance girl: how I saved myself by becoming an EMT. New York, Crown Publishers.

Stern, Jane. 2003. Ambulance Girl: How I Saved Myself By Becoming an EMT. New York, Crown Publishers.

Stern, Jane, Ambulance Girl: How I Saved Myself By Becoming an EMT. New York, Crown Publishers, 2003.

Stern, Jane. Ambulance Girl: How I Saved Myself By Becoming an EMT. New York, Crown Publishers, 2003.

Note! Citation formats are based on standards as of July 2022. Citations contain only title, author, edition, publisher, and year published. Citations should be used as a guideline and should be double checked for accuracy.
Staff View
Grouped Work ID:
9fe4625f-6245-ce07-6a38-b893b01154ac
Go To GroupedWork 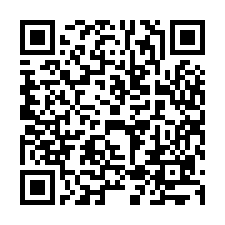