Description
For over half a century, Alistair Cooke entertained and informed millions of listeners around the world in his weekly BBC radio program Letter from America . An outstanding observer of the American scene, he became one of the world's best-loved broadcasters, and a foreigner who helped Americans better understand themselves. Here, in print for the first time, is a collection of Cooke's finest reports that celebrates the inimitable style of this wise and avuncular reporter. Beginning with his first letter in 1946, a powerful description of American GIs returning home, and ending with his last broadcast in February 2004, in which he expressed his views on the United States presidential campaign, the collection captures Cooke's unique voice and gift for telling stories. Gathered in this volume are encounters with the many presidents Cooke knew, from Roosevelt to Nixon, Reagan, Clinton, and Bush, both Senior and Junior. His friends are warmly recollected–among them Leonard Bernstein, Philip Larkin, Humphrey Bogart, Charlie Chaplin, and Katharine Hepburn. We observe a variety of political landmarks–the Vietnam War, Watergate, Cooke's remarkable eyewitness account of Robert Kennedy's assassination, through to the scandals that surrounded Clinton and the conflict in Iraq. His moving evocation of the events of September 11 and its aftermath remains essential reading, while his recollections of holidays and sporting events remind us of Cooke's delight in the pleasures of everyday life. Imbued with Alistair Cooke's good humor, elegance, and understanding, Letter from America, 1946—2004 is a captivating insight into the heart of a nation and a fitting tribute to the man who was for so many the most reassuring voice of our times.
Also in This Series

Note! Citation formats are based on standards as of July 2022. Citations contain only title, author, edition, publisher, and year published. Citations should be used as a guideline and should be double checked for accuracy.
Staff View
Grouped Work ID:
b51528cb-a451-4a04-4b48-326faa1133d0
Go To GroupedWork 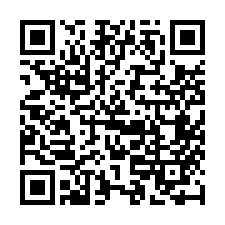